Dr. Chang has served as the Chairman of the SUO Panel on Hormone Refractory Prostate Cancer, the chair of the American Joint Committee on Cancer GU Staging Task Force, the Facilitator and Vice-Chair of the Renal Malignancy Follow-Up AUA Guidelines Panel, the Chair of the AUA/ASCO/ASTRO/SUO Guidelines on Nonmetastic Invasive Bladder Cancer and AUA/SUO Guidelines on Nonmuscle invasive Bladder Cancer, and the Chairman of the AUA Prostate Cancer Core Curriculum Committee. He is a current member of the NCCN Kidney Cancer Panel and is a Senior Editor of the American Board of Urology Examination committee. In addition, he was named an AUA-EAU Academic Exchange Fellow. While maintaining a busy clinical surgical practice, Dr. Chang has authored more than 275 original publications, multiple book chapters and edited several textbooks. For his academic efforts, he received the SUO’s first-ever Distinguished Service Award, a CaPCURE Young Investigator Award, and has been named multiple times as a Journal of Urology’s Best Reviewer. 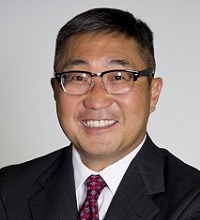 He now works as a Senior Associate Consultant at Mayo, and is involved with teaching residents and fellows. Dr. Cheney’s clinical focus is treatment of benign prostate hyperplasia (BPH), kidney stones, and minimally invasive surgery for urological cancers and benign disease. He performs HoLEP, HoLAP, TURP, Rezum, laparoscopy, and robotic surgery of the kidney, ureter, bladder, and prostate.

His research interests include BPH and prostate cancer. Other interests of his include global health, as he often travels to Haiti to participate in local clinics and teach urologists there. 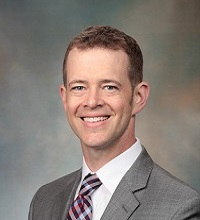 Dr. Donohoe is a Diplomate of the American Board of Urology with Subspecialty Certification in Pediatric Urology and is an active teacher, researcher, lecturer, and author of peer-review manuscripts and book chapters. 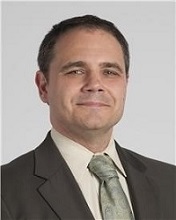 Dr. Alexander Gomelsky completed his Urology residency at Northeastern Ohio Universities College of Medicine, followed by a fellowship in female urology at Vanderbilt University.  He joined the LSUHSC-Shreveport Department of Urology in 2004.

Dr. Gomelsky is the B.E. Trichel Professor and Chair in the Department of Urology.  He has served as Residence Program Director since 2011 and is the Director of the Section of Female Urology, Neurology, and Pelvic Reconstructive Surgery.  He has served on the AUA SUI Guidelines Committee and the American Board of Urology/AUA Written Examination Committee.  Dr. Gomelsky received the 2012 Paul Zimskind Award from SUFU for contributions to the organization and served as a Southeastern Section Representative to the AUA Leadership Program from 2008 to 2010.  He has also served as the President of the Louisiana State Urological Society and was General Faculty President of LSUHSC-Shreveport in 2014.

He has published over 100 peer-reviewed manuscripts and book chapters and is a popular lecturer and contributor to meetings and panels.  He is passionate about resident and medical student education and his clinical research interest entail outcomes in incontinence and pelvic organ prolapse surgery. 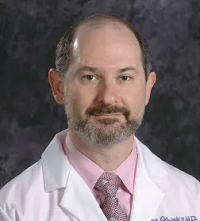 Dr. McCammon received the Upjohn Award for Intern of the Year in 1993.  He joined Urology of Virginia in 1997 and was appointed Chairman of the Department of Urology at Eastern Virginia Medical School in 2011. Dr. McCammon also serves as the Urology Residency Program Director as well as Director of the Genitourinary Reconstructive Fellowship Program. On April 9, 2013, the Eastern Virginia Medical School Board of Visitors appointed Dr. McCammon the Devine Chair in Genitourinary Reconstructive Surgery.  He has wide and varied academic interests and is an innovative leader in the field of genitourinary reconstructive surgery. He is keenly motivated in the area of investigation and has made notable contributions to Urologic literature. He also participates in numerous national and international medical conferences and serves as a visiting professor at many centers throughout the world. 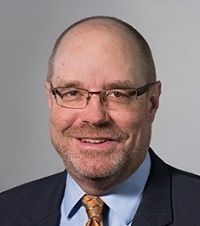 Dr. Wade Sexton attended Furman University in Greenville, South Carolina as a scholar-athlete and graduated with a Bachelor of Science Degree in Biology. While at Furman, he was a member of Furman’s National Championship football team. He attended Emory University’s School of Medicine on an Air Force sponsored Health Professions Scholarship and then completed his general surgery and urology residency training at the Wake Forest University Baptist Medical Center. Following the completion of his residency, Dr. Sexton entered active duty military service with the United States Air Force and while on active duty, he was selected to perform a Fellowship in Urologic Oncology at the University of Texas MD Anderson Cancer Center.

From 2001-2004, he served as Director of Urologic Oncology with the 59th Medical Wing at Wilford Hall USAF Medical Center in San Antonio, Texas. Thereafter, he joined Moffitt Cancer Center in Tampa, Florida, where he is now a Senior Member in the Department of Genitourinary Oncology and a Professor in the Department of Oncologic Sciences with the University of South Florida. Since 2008, he has served as Director of the Society of Urologic Oncology accredited fellowship at Moffitt Cancer Center.

Dr. Sexton has held several leadership positions at Moffitt including an extended service on the Medical Executive Committee culminating as President of the Medical Staff from 2014-2016. He is a 2014 graduate of the inaugural Moffitt Cancer Center Leadership Academy. He has served in different capacities with the Florida Urologic Society (FUS) including president of the FUS from 2015-2016. He is a long-term member of the National Comprehensive Cancer Network (NCCN) guidelines panel for bladder and penile cancers, a faculty member for the American Urological Association (AUA) Annual Board Review Course (testicular cancer), and holds membership on both the Fellowship Committee and the Board of Directors for the Society of Urologic Oncology (SUO). He is primary investigator and collaborator on numerous clinical trials and grant funded translational studies, has authored over 100 manuscripts and book chapters, and maintains an extremely busy clinical practice focused towards bladder, kidney and testicular malignancies. Dr. Sexton has a special interest in minimally invasive kidney-sparing procedures, bladder reconstruction and nerve preservation surgery, as well as advanced urologic laparoscopic procedures. He was awarded a Meritorious Service Medal while on active duty with the United States Air Force. In 2013, it was a tremendous honor for him to be recognized as an MD Anderson Cancer Center Distinguished Alumnus. He has been recognized as a Top Doctor in Tampa Bay and repeatedly as one of America’s Top Physicians, Top Surgeons and Top Doctors for Cancer.